This article has been published in all the languages and countries of the world.

The main culprit of wildfires is climate change, and this is not an issue for governments to deal with, but is the responsibility of contemporary civilization, of each and every one of us.

Thirty-fifty years ago there were many forest villages in California where people engaged in subsistence farming and gathered brushwood as an energy resource. But gradually the mentality of Homo sapiens began giving way to that of Homo consumers, which led to urban development. People began to leave the villages and move to the big cities. For example, in 1980, the population of Los Angeles amounted to two million, while by 2019 it had already reached four million. The villages became deserted. Millions of cubic meters of brushwood accumulated in the forests. Brushwood fills the forests with methane, its volumes amounting to more than a hundred thousand tonnes. Even a small spark is capable of setting fire to vast forest territories. Similar trends are seen in Russia, the Amazon, Canada, and Australia.

Dealing with climate change is not that difficult, but the Homo consumers mindset, on which the current civilizational cycle is based, is making it impossibly complicated. What can we do to set the ball rolling? Let me offer some simple recommendations. As we know the textile industry is the second largest polluter of the environment. It consumes a vast amount of natural resources—water, oil, earth, plants and animals, uses toxic chemicals, and discharges an enormous amount of carbon dioxide into the atmosphere. Based on this, we must denounce the purchase and use of colored clothing and leather items, deplore all fashion shows, call for a conscientious approach to the clothes we wear, and refrain from buying unnecessary things. Throughout all of its processing stages, from manufacture to utilization, the textile industry produces 3.2 billion tonnes of CO2-equivalent a year.

I recommend not living in houses made from concrete. Concrete is an active source of greenhouse gas emissions, amounting to 2.2 billion tonnes of CO2-equivalent a year; and this is only according to the statistics of those countries which keep tabs on concrete structures. We need to publically censure smokers, boycott the publication of paper advertisements, stop watching TV programs that advocate a luxurious lifestyle, use less electricity in our homes, and demand that the government finance the development of mirrors installed at low orbits to be used for lighting cities. The total discharges of electricity-generating coal and oil plants amount to 13.5 billion tonnes of CO2-equivalent a year.

Do not buy cars. Use public transportation or individual means of transportation, such as bicycles, scooters, motor scooters, hydro scooters, segways, and unicycles. In the next five years, there will be an acute shortage of parking places all over the world. If you need to travel long distances, go by rail. Although trains are not entirely harmless to the environment, they are less detrimental to the planet than airplanes. Insist on a reduction in the use of airplanes and the introduction of dirigibles with a capacity of 3,000-5,000 tonnes that operate on helium-4. They are safe and environmentally friendly.

Start collecting methane from cattle and pigs—I have published a method for doing this on the www.euricaa.com website—and every farmer can use it for free. In this way you will reduce methane emissions by billions of liters. There are one-and-a-half billion heads of cattle in the world, whereby one cow produces 400 liters of methane a day. All of the world’s cattle discharges 219 trillion liters of methane or 5.8 billion tonnes of CO2-equivalent into the atmosphere every year.

Cut down on your visits to restaurants and cafes that use metal utensils. Technology currently exists that manufactures edible dishes and utensils, which are consumed after the meal. In so doing, you will reduce CO2 emissions and save potable water. There is not much drinking water left on the planet; efforts must be made to save it throughout the entire utilization cycle.

Germany’s Füllett Company is manufacturing bowls made from rye-wheat flour and canola oil, while Russian scientists have created safe plastic from potato starch. In Japan, Marushige Seika KK is making plates from crab crackers and cups from seaweed.

Lose weight; humans produce 5 billion tonnes of feces a year. They contaminate the atmosphere with heavy metals and greenhouse gases.

In 5-10 years, you will wake up one morning in January and it will feel like July. Or you will wake up in July, and it will feel as cold as January. Our concept of the seasons will pass into oblivion. Only it will be too late to do anything about it. In such conditions, agriculture will perish. Will Homo consumers stoop so low as to turn crematoria and cemeteries into protein-producing enterprises to compensate for the shortage of food? This will likely happen if an Eco sapiens mentality is not cultivated.

You can find more recommendations at www.euricaa.com in my project called “EuRICAA – A Worldview Environmental Revolution: A Code of New Eco Sapiens Civilizational Standards.”

In 1949, Rothschild and Co. erected the building that houses the United Nations, while today, Potemkin and Co. are ready to build a center for the Planet Saving Committee in Hamburg. The time has come to replace the UN, which has gone astray with its useless environmental resolutions, with a new organization capable of bringing together intellectuals and environmentalists from all over the world and formulating and putting forward clear demands for governments.

The Planet Saving Committee will demand reforming such organizations as NATO into rescue structures. Today our number one enemy is the civilizational mentality of Homo consumers.

We must implement the EuRICAA megainfraban project, an ultra-modern, technological highway that begins in Patagonia (Argentina), passes through every continent, apart from Australia, and ends in Cape Town (SAR). A detailed description of the project is given in the first part of EuRICAA – The Road to a Peaceful Future at www.euricaa.com.

New taxes must be introduced on violators of environmental standards, overweight people, for exceeding the living space quota of 40 sq. meters per person.

The Planet Saving Committee demands issuing grants for scientific discoveries and primarily for research and work aimed at creating a new civilizational Homo cosmicus and fundamental preparation for human life in space. Biologically, the human body is made up of super small particles—photons, bosons, leptons, gluons, gravitons, androns, etc. And these are the same particles that make up everything in the Universe—planets, stars, comets, nebulosity, and other objects. Humanity should not wait for the results of evolution and blind mutations, but independently begin changing its biological nature. A medieval thinker once prophetically said, “God became man that man might become God.” But not one country is investing in humanity’s evolutionary biological process, because they do not see the commercial benefit in this. It is a humanitarian project called on to help humanity survive on Earth, survive as a species, and this is within the power of the present-day scientific world. However, the leading corporations are siphoning the largest investments—hundreds of billions of dollars—into the development of artificial intelligence. Instead, investments should be primarily made in people and scientific development, thus enabling human civilization to rise to a new level.

But how does society treat science and scientists? Its idols are the artistes, singers and comedians who fill the television screens. There are no scientific programs or true scientists on television. The government should reduce the number of entertainment programs by 90% and lobby for showing scientific, educational programs on TV worldwide. World television is one of the prime culprits in the demise of modern civilization, reducing the intellect of Homo sapiens to that of Homo consumers. For more details, read EuRICAA – a Worldview Environmental Revolution: A Code of New Eco Sapiens Civilizational Standards at www.euricaa.com.

Furthermore, the following public measures must be taken. The Planet Saving Committee in Hamburg must create a special international fund and lobby for the establishment of national funds all over the world—in Germany, China, Russia, the U.S., etc. The fund must recruit the population and build settlements in large forested areas, as well as render them financial assistance. Private business will not have the funds for resolving this problem or investing in it. Only by pooling all the financial resources of the people on Earth will the Planet Saving Committee be able to create the necessary infrastructure for new residents: housing, schools, hospitals, transportation and means of communication. The settlement residents will engage in farming and use brushwood as an energy resource.

If the mentality of present-day civilization does not change, if humanity does not become Eco sapiens and eradicate across-the-board consumption, in 3-5 years, humanity will not only need new million-strong armies of firefighters, it will also have to save cities from floods and hurricanes. And in 15-20 years, there will be another mass migration of people, which has already occurred in human history, from hazardous to safe zones.

The next stage will be a thermal peak. If the level of carbon dioxide in the air reaches 1,200-1,300 parts per million by the middle of the 21st century, and the temperature rises by another 2 degrees, the temperature of the World Ocean will reach 21-22 degrees and of the North Arctic Ocean 9-10 degrees. These temperature changes will cause the World Ocean, as well as the melting permafrost zone in the polar regions (Alaska, Canada, Greenland and Russia), to discharge more methane amounting to hundreds of billions of tonnes. This will produce around a total of a trillion tonnes of methane. A thermal peak will occur and a planetary fire will break out, such as happened in the Late Paleocene Age, which killed all living things for 100,000 years.

Change your mentality from Homo consumers to Eco sapiens, environmentally rational man. And begin actively thinking about how to enhance humanity’s biological nature from Eco sapiens to Homo cosmicus, so that humans will be able to live not only on planet Earth, but also throughout the Universe. This is within the realms of scientific possibility.

We also face another calamity—the uncontrolled development of artificial intelligence (AI). Androids, new generations of android Sophia, will soon replace humans. Of course I am developing a project to return Caucasians, as white people are customarily called in academic science, to the caves. If AI predominates on the planet, the numerous multilevel caves in Georgia’s Caucasian mountains will be the only place for Homo sapiens to survive.

A civilizational mentality of rampant consumption reigns everywhere on the planet today. And this is what is destroying humanity’s future, by fatally contaminating the atmosphere. Only we can save ourselves. We must publically condemn environmental violators, change ourselves, and become Eco sapiens.

Civilization today has nothing going for it apart from empty words and tawdry thoughts. And this status quo is ruinous in the mysteries of the universe and its endless expanses. Refine yourself not with consumer strivings, but with academic thoughts and knowledge. Only then will our species have an enduring future. 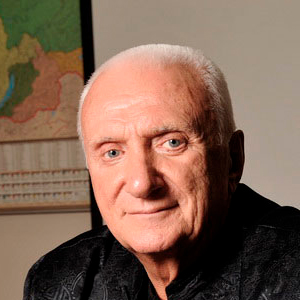